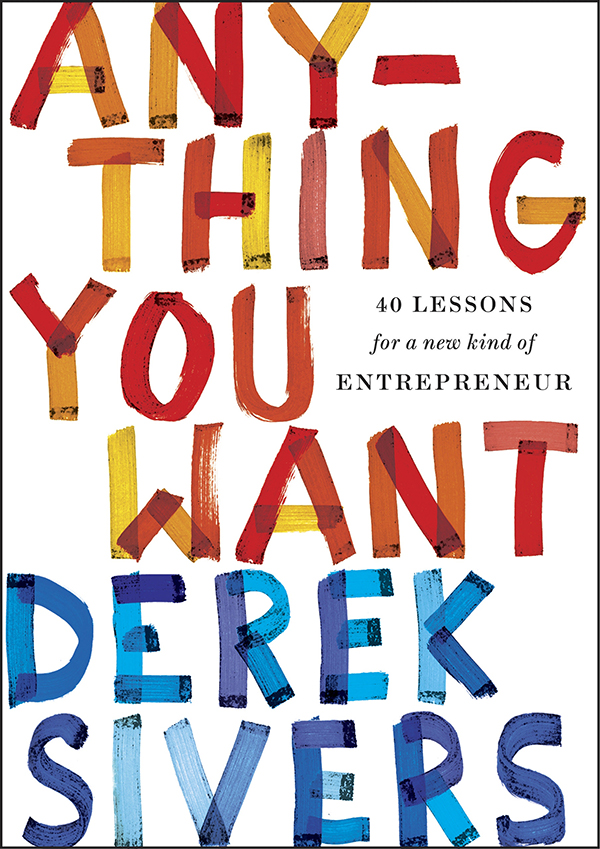 Anything You Want by Derek Sivers

Derek Sivers’ simple approach to business and life really resonates with me. The book is full of simple messages that pack a punch. The book only takes around an hour to read and it is easy to come back to it many times. As such, I have recommended this book to many people and will continue to do so.

The Book in 3 Sentences

Derek Sivers distills all of the lessons he learned from starting, running, and selling his company, CDBaby into 40 bite-sized lessons that anyone can apply. Rather than focus on expansion, revenue, acquisition, or anything else; ask yourself “Why am I doing this?”. Then focus on your why and nothing else.

How I Discovered It

I have been a fan of Derek for a long time. I discovered it through his blog at sive.rs.

Who Should Read It?

Everyone who is interested in running a business or creating the life they want to live.

How the Book Changed Me

I have had multiple projects running at minimum effort for a while. Either because I had gotten bored with them, or because I seemed to be able to progress, but only with a major effort. I realized after reading this book that I was not passionate about any of these things, and instead, I was doing it for the potential of some big financial reward in the future.